sword of the Samurai

The Katana, or Samurai sword, in it’s current form, has existed since the 15th century. It is known to be the sharpest man-made blade in existence. The art of its forging has been steadily refined and enhanced for over a thousand years, an artform that has been preserved until today and is still practiced by traditional swordsmiths in Japan. 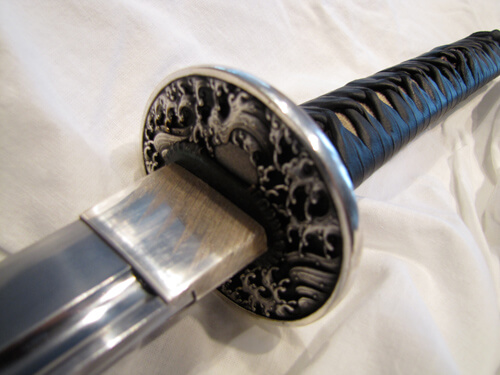 The base material of a Katana blade is called Tamahagane (jewel steel), which is obtained out of iron sand by a melting process that hasn’t changed for centuries. Only a small fraction of the resulting Tamahagane is suitable for the creation of a blade. This small fraction of steel is then folded many times. It is forged in many layers to distribute the carbon to make it ideally suitable for a blade. The finished shape of the blade is then forged in a long process and requires the great experience and expertise of the swordsmith. Even the slightest mistake in one of the many work steps can render the blade unusable. 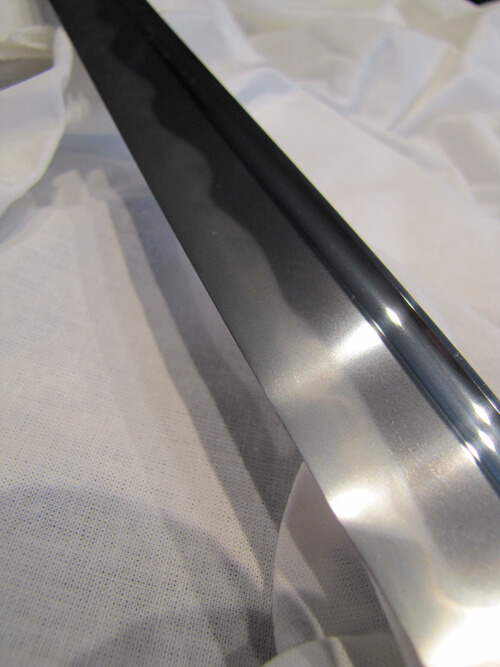 The final composition of the blade can be diverse (for instance, there can be differences in how many times the steel was folded). Generally the blade consists of a soft core that is surrounded by a shell of harder steel which gives the blade its unique flexibility while still providing a strong cutting edge. A Katana gets its true sharpness through a process of polishing that also gives the sword its characteristic appearance like the hamon. The polishing of a sword can take up to 120 hours or more. 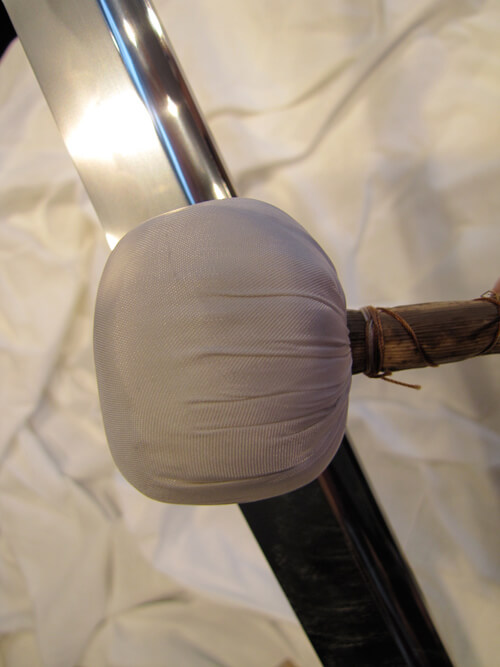 Katana that were manufactured by the highest standards of this art stood the test of time for centuries without losing any of their beauty or sharpness. Some of these masterpieces  still can be seen in selected museums or exhibitions and still generate a mystical aura around them.

The Katana consists of different main parts: The ‘Kissaki’ (the tip), the blade which displays the ‘Sori’, the typical curvature, followed by the so called ‘Tsuba’, the stabbing plate. The handle, ‘Tsuka,’ ends with a plate called ‘Kashira’. The sword is carried in and drawn from the ‘Saya’, the scabbard which includes a cotton or leather band, the ‘Sageo’ 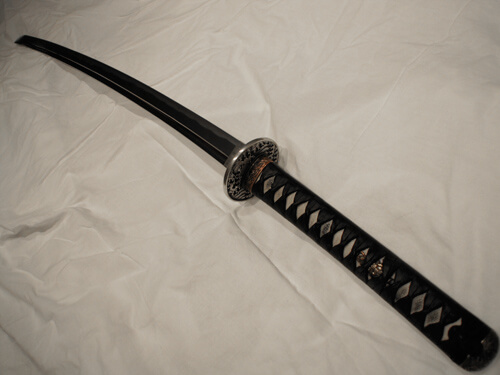 Shin Ken / Nihonto:
Literally translated as: ‘real word’, or ‘sword with a spirit’. Handforged with a grinded and sharpened blade.

Iaito:
Practice sword, not grinded and therefore not sharpened. It consists of a zink/aluminium alloy and is used for practice only.

Gunto:
A Katana that has been manufactured during the second World War. These “officer-swords” are part handmade and part industrially manufactured.